But why the crossbreeding? Because a Golden retriever has a soft mouth that is well adapted to retrieve shot game without causing further damage. It became popular with folks who loved to shoot ducks and game birds (Golden retrievers are the fifth most popular dog breed worldwide).

It was therefore desired to have a dog with the retriever’s characteristics that is also hypoallergenic. This resulted in the crossbreeding with the Poodle to create the Goldendoodle.

A goldendoodle varies in size. This is due to the big size difference between the Poodle and the Golden retriever. A Poodle is one of the small hypoallergenic dogs. In contrast, the Golden retriever is a big dog breed whose male has a height of 55 to 61 cm and weighs between 30 and 35 kg.

Backcrossing usually results in Goldendoodles that look more like the Poodle (and shed less). This is done by mixing a Goldendoodle with a Poodle in order to obtain a Goldendoodle whose genetic identity closely resembles that of a Poodle.

Shiba Inu are also regularly mixed with other dog breeds including the Chihuahua. Goldendoodles were first bred by Monica Dickens in 1969. They then became very popular, especially in the 1990s. The dog breed is intelligent, energetic and friendly. 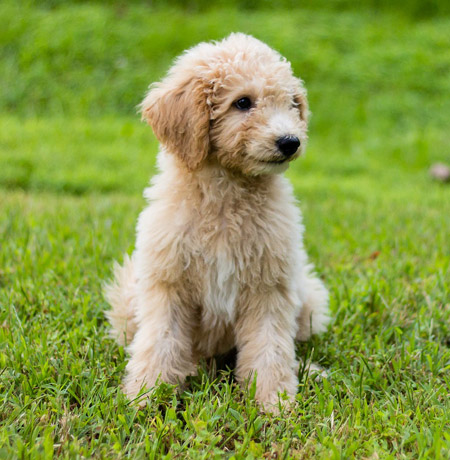 Like the Labradoodle, a Goldendoodle is friendly with children and strangers. Despite being called golden, a Goldendoodle can be in any of several colors. These include white, black, chocolate (dark brown), as well as shades of cream, red and apricot. 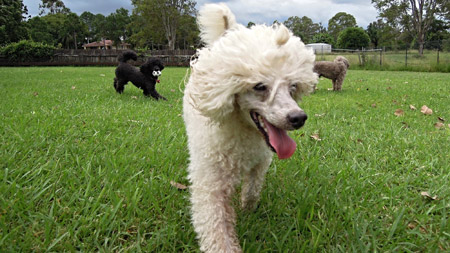 The allergy-free dog breed is low maintenance and requires occasional bathing. This is in addition to regular brushing of its coat. There are many Goldendoodles haircuts, including the lamb cut.

Is a Goldendoodle hypoallergenic?
Yes. A Goldendoodle is a dog that doesn’t shed much. The dog breed is a cross between the non-shedding Poodle and the shedding Golden Retriever. This means that some puppies in a litter may shed. The amount of shedding depends on the genetic makeup. Puppies whose coat closely resembles that of a Poodle shed the least.

Here is an easy way to understand the different generations of Goldendoodles (and Bernedoodle):