Shih Tzu are small hypoallergenic dogs that ordinarily weigh about 7 to 10 lbs. In addition, they sport beautiful, long, silky locks. The dog’s name is of Chinese origin and means ‘lion dog’ – the dog was bred to resemble an oriental lion.

A Shih Tzu dog typically has fur colors from the shades of gold, brown, white and red. Its fur’s color is commonly gold, white and red. But other rare colors one may see are black, silver, liver and brindle. Shih Tzus (also informally called Shitzu/ Shitsu) have long and hairy fur and a short snout.

Its regal appearance can be accredited to its silky and brightly-colored fur, which further enhances its adorableness. The dog breed, as mentioned above, originated in China and are one of the oldest breeds. In traditional Chinese, it is also known as “Shih-Tzu Kou”. The dog was bred to be a lapdog for Chinese nobles and loves to be pampered.

This small dog measures no more than 26.7cm when standing (at the shoulders). The dog has an average lifespan of eleven to sixteen years – old age is the leading cause of death for this regal dog breed. Newborn Shih Tzu puppies are very sensitive and vulnerable, especially to high temperatures.

These dogs are brachycephalic (they have broad and short skulls). This is the reason why they are sensitive to high temperatures. Nursing newborn puppies requires more amount of attention and patience, and like other dog breeds, the puppies should not be separated from the mother until they are a year or two old.

About Shih Tzu Temperament and Personality

Shih Tzu are well-known for their playfulness. This is what makes this hypoallergenic dog breed one of the most popular dog breeds in the world. They also do some cute behaviors, like cuddling you when you’re not noticing him or her, as if they are begging for your attention. Celebrities worldwide usually own this breed (next to Chihuahuas, another popular breed), and smother them with affection and unneeded decorations.

The dogs are intelligent and lively. They are clever and love to play. Though they are lapdogs, these non-shedding dogs can be independent and clever. Above all, this affectionate dog breed loves human companionship. Other words that aptly describe the temperament and personality of this dog are alert, loyal, happy and courageous.

Most Shih Tzu puppies will have a combination of coat colors. But the following coat colors also do exist.

Shih Tzu price depends on many factors. These include age, pedigree, the breeder, registration status, and supply and demand. The price for puppies aged 6 weeks to 14 weeks generally range from $500 to $1,000.

A variant of this dog breed is the Teacup dog. As the name suggests, a Teacup Shih Tzu is relatively smaller than the ordinary dog breed. But they have the same features and colors. However, unlike its name, the price for the Teacup is almost double that of the ordinary ones.

Not only that, for well-known breeders and sellers, Imperial Shih Tzu are in such high demand that buyers are usually kept on the waiting list. Bred to fit inside a large tea cup (hence their name), Teacup dogs have many health problems due to their small size. These include missing/ misaligned teeth due to the tiny jaws. They are also genetically inferior to normal sized dogs since teacups are frequently produced from runts (smaller and weaker parents).

Japanese Shih Tzu are also referred to as JaTzu. They are obtained by mixing a Shitzu with the Japanese Chin dog. But these dogs are rare to find outside of Japan. 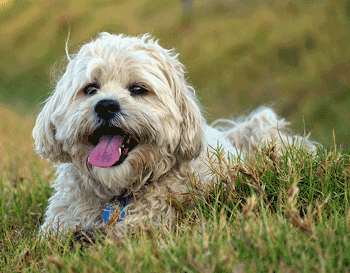 Dog breeders have experimented with these cuddly lapdogs for many years. This has resulted in many mixed breeds. These are new mixes that are equally as cuddly and can be equally as expensive as the purebred dog. For the mixed breed to be sought for and priced high, it has to be a recognized mix breed by the American Canine Hybrid Club. You may view recognized mixes of this and other dog breeds here.

There are many Shih Tzu mix breeds for sale around the world. Other popular cross breeds include Bulldog and the Pit bull Shitzu mixes. For first time pet owners, it is important that you research the breed of dog you wish to buy. It is still more recommendable to buy the pure breed because then you can trace the lineage of the dog.

For hybrids, dog breeders usually warn buyers of the possibility of change in the temperament of the dog. The combination of genes can affect the behavior of the dog. With this said, it is best to read about the breed that you like the most and see what other dog owners have to say about it.

Essentially, combing the hair of these dogs regularly is necessary. These dogs naturally possess long hair that can effortlessly tangle. To keep their hair knot-free, you need to allot a certain amount of time to comb their hair every day. Cleaning their face is also important. One good way of cleaning the face of the dog is to use a moist cloth and wash the hair to remove the food scattered all over their face. Bathe the dog once every 2-3 weeks.

Just like human beings, their hair also needs to be trimmed. Depending on your preference, there are several hair styles that can be used. Keep the hair on the face, especially around the eyes, short to avoid eye infection or irritation. In addition, keep your dog healthy through regular bathing and grooming. Shih Tzu puppies also need attention and exercise. The dogs easily get depressed when left alone for long. One effective way of spending time with them is to go out with them for a good walk through the vicinity.

The body development and growth rate of this dog breed is quick. Their age rate is about seven times that of a human. They go through the following cycles from birth to an adult dog.

Note that it is a great idea to give your puppies balanced homemade dog food. This is because packaged dog food contains some chemicals and preservatives.

Are black Shih Tzus rare?
Black Shih Tzu are very rare to find. But they do exist, most commonly with one or several white markings.

Do black Shih Tzus stay black?
Yes, black puppies may stay black. But they can also lighten as they mature. But adult black dogs will stay black.

Are liver Shih Tzus rare?
Yes, the liver color (a coat color between light brown and chocolate brown) is very rare among this dog breed.

What are some good Shih Tzu names?
The following are some of the most popular Shih Tzu dog names. They include some badass male and female names.

The Shih Tzu dog breed is a great pet for the whole family. Moreover, this intelligent dog does not shed and gets along well with other pets.