The following is a list of the most popular African Swahili dog names. You will notice that most of these Swahili names are influenced by the Arabic language that is spoken by over 1.8 billion Muslims.

This is because the first Arabs who arrived in East Africa used the language to do trade and spread their religion to the indigenous African tribes. It is no wonder then that even the Swahili name is of Arab origin: It comes from “Sawahil”, an Arabic name for “shores”, “coasts” or “River banks”.

Traditional Africans, just like most people on earth, usually gave their babies names that reflected the seasons, weather conditions and events occurring at the time of birth. This is why most Swahili dog names are actual names of animals, weather conditions such as Mvua/ Nyesha (rain), Jua (sun), Sita (6th day of the week) and Dume (bull).

But the most famous African and Swahili dog name is Simba, the Lion king in Disney’s The Lion King movies Franchise. Other popular movie lion names are Mufasa and Sarabi. Although Simba in the movies is a male lion, this badass dog name is a unisex Swahili name.

We have arranged the following Swahili dog names in alphabetical order. 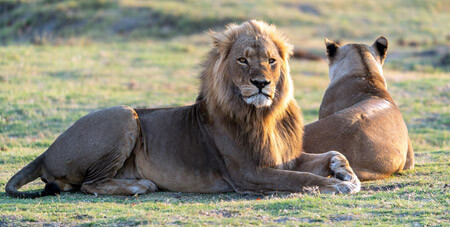 Simba, Swahili for “Lion”, is one of the most popular African and Swahili dog names

Swahili Dog Names that Start with A and B

Swahili Dog Names that Start with I, J, K and L

Swahili Dog Names that Start with N, O and P

Swahili Dog Names that Start with Q, R and S

Swahili is a Popular Language

Swahili is a language that is widely spoken in Africa. The African content has over 3,000 tribes, more than 2,000 spoken languages and over 1.3 billion people. It is also the fastest growing continent in the world. Swahili is the official language in Kenya and Tanzania. It is also widely spoken in many countries in Africa, especially nations that belong to the East, Central and Southern Africa regions.

These include Uganda, Rwanda, Burundi, Zanzibar, Mozambique, Malawi, Democratic Republic of Congo, Zambia and the Comoros Islands – in addition to Kenya and Tanzania.

Moreover, Swahili is now being taught in South Africa, and is in addition an official language of the African Union. But the love for Swahili baby names and Swahili dog names has gone far and wide, especially since the first Lion King movie was produced in 1994.